Neil joined the team in November 2018 as General Manager.  He has been in the tech game since forever in roles such as hardware designer, software engineer, business analyst, project/programme manager and, for the last ten years or so, various general management roles. He has so far founded eight companies in four countries, and has also led major business and technology transformation programmes for some of NZ’s largest companies. He has a BSc in Electrical & Electronic Engineering, a postgrad qualification in Software Engineering and an MBA.

Neil believes the tech sector in Canterbury is poised to really take off in the next few years and wants to play his part in making this happen! 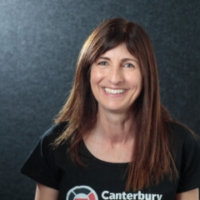 Debbie is the Cluster’s part-time Operations Manager. Alongside the committee, she organises the monthly events and is your first point of contact for any membership enquiries. She also looks after all external and internal comms.